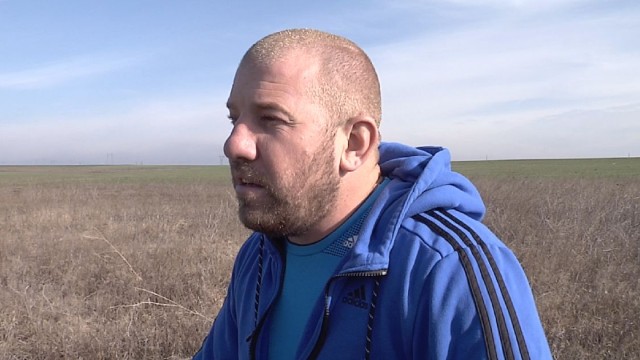 There is a so called “Refugee Hunter” called Dinko Valev who has become infamous within Bulgaria and the EU for assaulting and illegally detaining asylum seekers who he finds having entered Bulgaria from the Turkish border. There are also other far right groups who are copying the actions of the “Refugee Hunter” such as the organisation ‘Association for the Protection of Bulgarians’. Recently groups of far right and neo-nazi organizations have raised Valev to the status of a hero for his apparent “protection” of his homeland. The far right’s love affair with Valev of course is due to their xenophobia and racism and they delight in the persecution of foreigners and asylum seekers (amongst other minorities not relevant here). The far right and neo-nazis undoubtedly want to stop asylum seekers from entering Bulgaria, and although Valev’s actions and the actions of organisations such as the Association for the Protection of Bulgarians are in the form that the reactionary far right and neo-nazis would typically praise, one question none of the far right seems to have asked is; ‘is Valev actually stopping asylum seekers living in Bulgaria?’

The answer in short is an absolute “no!”. Valev’s actions and the actions of the “citizen border patrols” although superficially appear to be anti-immigrant are in actual fact contradictory to the goals of the far right and those of Valev himself. The overwhelming majority of asylum seekers fleeing war are entering Bulgaria only in order to pass through Bulgaria on their way West. Their destinations are the usual, with most wanting to go to Germany where there is plenty of work available, amongst other EU states. Again in short, the overwhelming majority of asylum seekers are only passing through Bulgaria in order to go west, they do not want to stay in Bulgaria.

Turkey is classed an unsafe country and it is getting exponentially worse, with the Turkish government’s incursion into Iraq thus ending the truce between the Turkish state and Kurdish rebel factions and with the Islamic State’s war ever more likely to spill over into Turkey there will only be an increase of asylum seekers who can not be deported anywhere once they have applied for asylum in Bulgaria. Thus, the detainment and handing over of transiting asylum seekers to the Bulgarian authorities only leaves said asylum seekers in a limbo between the war zones and economic instability of the East and the EU deportation policy of the West.

Where will these asylum seekers end up? Bulgaria of course. As they have been fingerprinted and processed in Bulgaria they automatically become the responsibility of the Bulgaria state and even if they make their way West they will be sent back to Bulgaria. Bulgaria on her part can not deport these asylum seekers as they are legitimate refugees and secondly even those who have been deemed to not be eligible for asylum in Bulgaria also end up being stuck in Bulgaria as the state can not afford to deport the majority of those who are ordered to leave Bulgaria. Again this means that those who have had their asylum application rejected who have money can buy their own plane ticket to leave Bulgaria, but the most poor of the deportees can not. Where do the poorest of those ordered to leave Bulgaria end up? Bulgaria of course. Banned from legally working, unable to leave Bulgaria voluntarily and the Bulgarian state is too poor and corrupt to pay for the deportations themselves.

As seems to be a trend with the reactionary right wing and neo-nazis, their policies and tactics only exaggerate and inflate the problems they claim to be solving with their elementary and superficial solutions. Instead of embracing the educated and well off middle classes of the asylum seekers, the arbitrary treatment of all the asylum seekers in the most xenophobic and racist fashion is simply pushing the educated/professional class element of the asylum seekers to find seek asylum elsewhere whilst the non-educated and essentially broke/poor asylum seekers get stuck in Bulgaria, not being able to either return from whence they came or continue West.

If the right wing, neo-nazis, xenophobic and racists do not want asylum seekers in Bulgaria, the best thing they could do would be to help them pass through Bulgaria and continue west like they have planned. If Dinko Valev and his rabble of supporters really want to reduce the amount of asylum seekers from living in Bulgaria they should be driving them to the Serbian, Macedonian and Romanian borders, instead of handing them over to the Bulgarian police and Immigration authorities. As usual, the right wing and neo-nazis are too stupid for their own racism.

Should Dinko Valev get a medal and be elevated as a hero? Yes, but not by the Bulgarian right-wing, but rather by the German and Western European right-wing, as his detainment of asylum seekers is the realisation of the western and central EU plan to have Bulgaria act as a buffer state, where by asylum seekers become the responsibility of Bulgaria and not that of the western EU states.