You stand up for your rights, but all you get is more repressions

HomeYou stand up for your rights, but all you get is more repressions 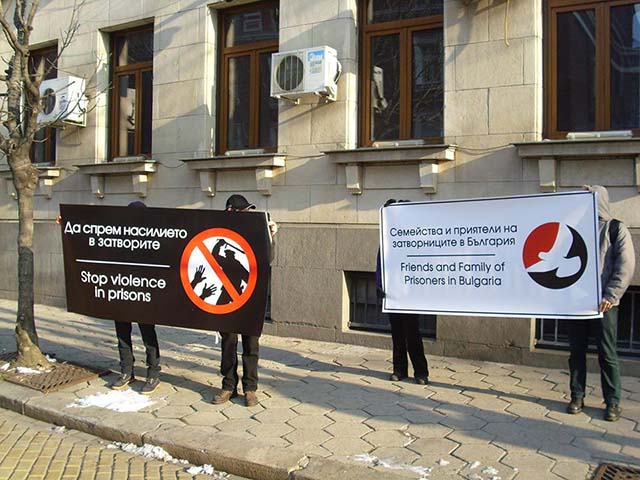 The attacks against members and supporters of the only organised union of prisoners in Bulgaria – the Bulgarian Prisoners’ Rehabilitation Association (BPRA) – are not something new to us. They have been common since the very foundation of this organisation. Today, on the 6th years of BPRA’s existence, the repressions are intensifying.

Six years back, at the end of 2012, a few months after the official establishment of the association, a female prisoner from the Sliven prison was punished because of an application for joining BPRA that was found in a Bible. Several years later, at the end of 2016, BPRA leaflets and stickers were confiscated from a prisoner in the Stara Zagora prison. The materials called for actions in defence of fundamental and irrevocable human rights. These are just some of the cases out of many which we can prove with documents. Over the years we have received information from prisoners from all over Bulgaria about attempts from CDES (Chief Directorate “Execution of Sentences”) to repress members and sympathisers of BPRA through the means of searches, interrogations and illegal punishments.

Today, 6 years since BPRA was founded, the repressions are escalating.

Back in January of this year we raised awareness and informed the vice-minister of justice in charge of prisons, Nikolai Prodanov, about the abounding problems within the prison system. Instead of taking relevant steps towards their solution, Mr Prodanov conveniently decided that our organisation is a nonentity and the only attention that we deserve should be in the form of repression. Since then we have witnessed two high-profile escapes from Sofia and Lovech prisons, which of course could have been prevented if our warnings had been heeded. Like we wrote back in April of this year – the image of strict discipline is just a façade of the absolute chaos of violated human rights, abuse of power and embezzlements.

In a letter addressed to the Committee of Ministers of the Council of Europe at the end of March this year, once again we have exposed information regarding multiple violations of human rights in prisons across Bulgaria. And again the Ministry of Justice, instead of tackling the problems and undertaking steps towards their solution, it just did the easiest thing – denied everything and lied in their letter of response to the Council of Europe. The lack of the legally required minimum living space per prisoner and the continuing inhumane treatment of prisoners are a direct consequence of flagrant corruption within the prison system. The same could be said about the recent prison escapes.

Currently the massive searches, the interrogations and the fabricated punishments which are imposed even for the most trivial of union activities, like the distribution of leaflets and stickers, continue in full force. Here is a fresh example:  1 | 2

The attempts to stifle the voice of reason are a logical consequence of the reluctance to tackle the serious problems. But there is no way one would ever want to resolve any problems, if one is actually benefitting from them.

Vice-minister Prodanov would go down in history as the prisons’ supervisor who saw the biggest number of prison escapes to date, while at the same time he was too busy chasing prisoners for putting stickers on the walls.

Bulgarian prisons represent a small grotesque model of our society as a whole. If people outside prisons feel the pressure of the system on their shoulders every day, you can well imagine that the pressure for the people inside is a hundred times harsher, because their very existence and day to day living is literally in the hands of the authorities (in this case Chief Directorate “Execution of Sentences” and the prison administrations). Imagine a situation where at any given moment the authorities come to your homes and ransack them, summon you for interrogations, impose illegal punishments, deprive you of food or human contact or put you in isolation.

We need your support! The fundamental human rights are irreversible!