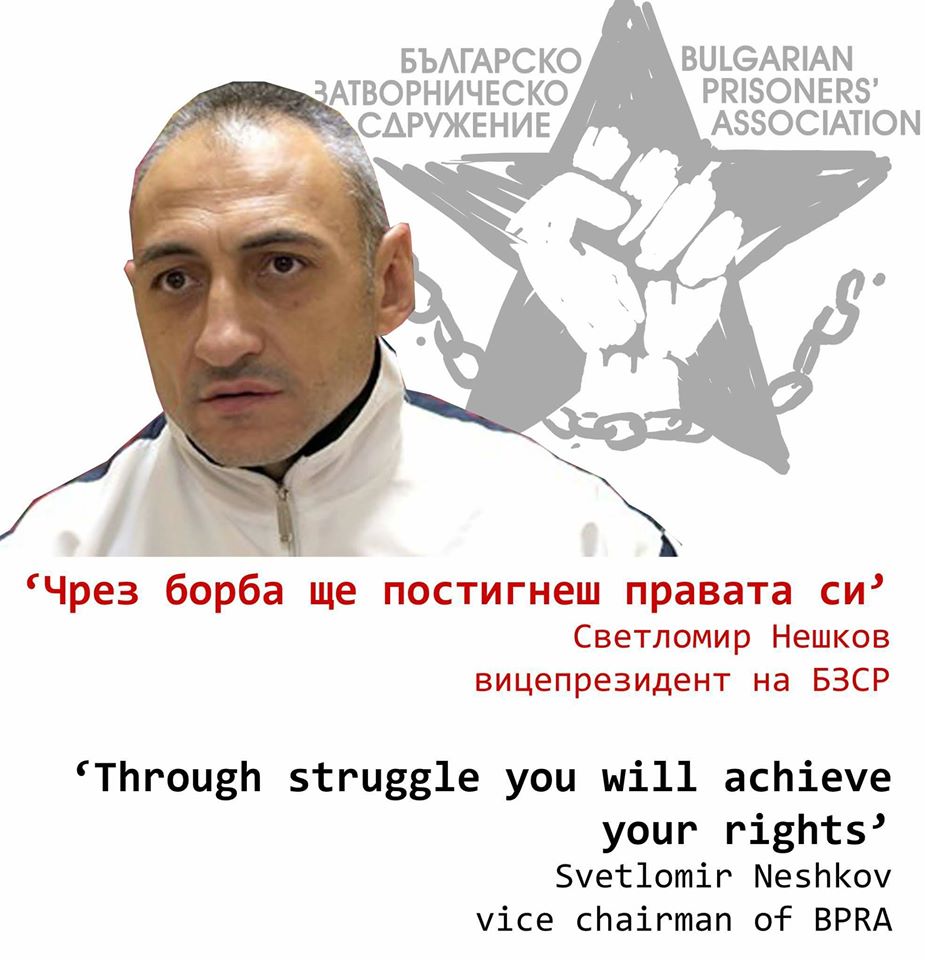 On the 7/2/2017 new laws governing the Bulgarian penitentiary system came into force as they were published in the government state newspaper. Although there is still a lot of work to do and no one sees the reforms as a silver bullet to the problems facing the Bulgarian prison system, the reforms are still massively progressive. The Bulgarian Prisoners’ Association is proud to boast that we partook in the drafting of the legislation and the public discussion periods with Valio Ivanov representing the Prisoners’ Association both in the Ministry of Justice and presenting our proposals and comments to the Commission for Legal Questions (Комисия на правни въпроси). 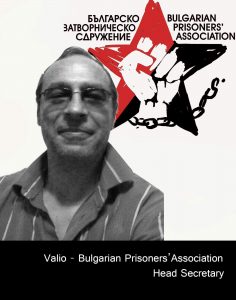 The reforms were a one, two punch, with the first punch coming from many prisoners over the years swamping the European Court of Human Rights (ECHR) with complaints about human rights violations within the Bulgarian penitentiary system. Undoubtedly the prisoner who submitted the most complaints for human rights abuses to the ECHR was Svetlomir Neshkov (Светломир Нешков) and his work fighting for his and the rights of other prisoners resulted with the ECHR releasing a mega court ruling against the Bulgarian penitentiary institution. The mechanism used by the ECHR was in the form of a ‘Pilot Decision’ called “Neshkov VS Bulgaria”, who’s purpose is not simply to compensate already committed violations by states but to prevent further violations from occurring due to systematic flaws, primarily through wrong or unclear laws that lead to abuse by the prison administrations and also the Bulgarian courts and the court system that handles the legality of said violations. The Bulgarian Prisoners’ Association is proud to now be able to claim Svetlomir Neshkov amongst her ranks. Neshkov will be taking a position on the Council of the Association as Vice-Chairman.

It was Svetlomir Neshkov – (a current prisoner), who made the first punch and brought the Bulgarian state to the legal understanding that reforms were needed categorically. The second punch in the combination were how the reforms would be drafted and how they would look. Of course the reforms were only going to reflect the problems as were known to the Ministry of Justice, and it was then that Valio Ivanov the Head Secretary of the Bulgarian Prisoners’ Association was instrumental in delivering the second punch. One of Valio’s main roles as representative of the Prisoners’ Association was to enlighten the Ministry of Justice as to the nature of the problems both in legality and in practice. It was clear that the Head Directive for the Fulfilment of Punishments[1] (ГДИН) would not reveal the nature of the problems within the penitentiary system as it is the Head Directive and the staff within the individual prisons that benefit from the lack of laws guaranteeing the human rights of prisoners. It was in the favour of the Bulgarian prison institution to misinform the Ministry of Justice as to the real nature of the problems facing the Bulgarian penitentiary system. Valio smashed the wall of silence and for the first time in remembered history the prisoners’ voices were heard. 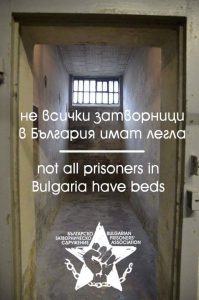 It must be said that the reforms to the penitentiary laws still leave a lot more room for ongoing improvements and further reforms. But that being said the point of this text is to note what has progressed rather then to highlight ongoing violations of the human rights of prisoners.

It has been a successful 2 years for the Bulgarian Prisoner’ Association and we would like to thank everyone who donated time and money to the cause of reforming the Bulgarian penitentiary laws and also for helping to defend the rights of prisoners who had their rights violated. It absolutely wouldn’t have been possible or continue to be possible without all of your support! These reforms mark a massive progress in Bulgarian penitentiary legislation.

If all of in the BPRA and the supporters could get together in one place, now would be the time we would have a big victory party. Obviously this is possible as many of us are in prison or in foreign countries. We just have to be happy knowing that we have improved the lives of prisoners in Bulgaria and that we have shown that working together a relatively small group of people can make a massive impact.

Many thanks to all of you!

It will be interesting and exciting to see what the BPRA will achieve in the years to come.